Could You Be the Victim of an Advanced Persistent Threat?

Home > Could You Be the Victim of an Advanced Persistent Threat? Threats to businesses come in all shapes and sizes. Even when you look at cyberattacks in particular, two attacks can carry very different weight depending on who they are targeting and why. Some cyberattacks are general. Scammers sending phishing emails to millions of people hoping that some of them will open a link or attachment, for example. Others are targeted at specific businesses, with the intention of gaining access to systems and stealing confidential and incriminating data.

An Advanced Persistent Threat, or APT, falls into that second category. This makes them particularly dangerous attacks that all businesses should be aware of.

What is an Advanced Persistent Threat?

An APT threat is an attack that aims to infiltrate a particular business’ systems and network for an extended period of time. Unlike some other attacks, which hope to gain access to any business’ data, an Advanced Persistent Threat targets a specific company. Attackers will spend time gaining information about the business and their networks and planning an attack that will provide them with unlimited access and the opportunity to cause as much damage as possible.

Because they are thoroughly planned, an Advanced Persistent Threat attack will often target a large corporation or government facility. But that doesn’t mean that small and medium enterprises are immune. Because large businesses often have strict security measures in place, it’s often easier to attack a more vulnerable SME as the first part in a plan that will see cybercriminals infiltrating bigger targets.

The first step of avoiding any attack is to understand how it works. Advanced Persistent Threat attackers tend to follow a formula when infiltrating a system. While this doesn’t make them easy to detect – APT attackers want to thoroughly cover their tracks to maintain access for as long as possible – it does aid businesses in putting measures in place to stop attackers in their tracks.

The first stage to any attack is to gain access to a business’ systems. And, as with most attacks, the easiest point of entry is through your users. All it takes is for someone to click a link or download an attachment from a phishing email for malware to be installed. Then hackers to gain access to your network.

How can you avoid this? APT attackers are smart. Their malware often isn’t detected by standard antivirus software. But Microsoft Defender for Office 365 isn’t your standard antivirus. It is constantly evolving to detect more sophisticated threats, making it your second best line of defence against an Advanced Persistent Threat.

What’s the best line of defence? Training. When your teams are well-trained and prepared for recognising and reporting malicious emails, links, attachments and websites, they will be more vigilant, and less likely to fall victim to an attack.

Once an APT attacker has gained access to your network, they’ll want to keep access for as long as possible. To do this, they plant malware that offers them a backdoor into your systems whenever they need it. And, once again, they’re smart about it. They often write code to cover their tracks and ensure that no one knows they’re there.

And here, there is good news and bad. The good news is that Microsoft’s Advanced Threat Protection alerts you to any unusual user activity. The bad news is that one of the first things attackers do once they’ve gained access to a Microsoft system is to downgrade users so that they don’t receive those alerts.

This is why its essential for businesses to maintain and regularly check their identity and access controls. You need to ensure that users have the right access, and are receiving the right alerts, for their roles. The sooner someone notices that a user has been downgraded without authorisation, the quicker your business will be able to curb an APT attack.

If you’ve been keeping up with your identity and access management, it’s likely that not all users will have equal access to your company data. This is why the next stage for an Advanced Persistent Threat is gaining as much access as the attackers possibly can.

They’ll exploit software vulnerabilities, perform brute force attacks, anything to deepen their foothold in your business’ network. And these won’t necessarily happen all at once. Because the attackers have backdoor access to your systems, if they go undetected, they can plan attacks days, weeks, or months in advance.

When you’re hit by a Brute Force or Zero Day Attack, it’s important that you don’t take the infiltration at face value. Investigate further. Check your systems for inconsistencies. Check your licenses and access management. These precautions could see you rooting out an attacker within your systems.

It’s important to remember that infiltration is not the endgame behind an Advanced Persistent Threat. It’s just a means to an end – stealing your business’ data. Once an attacker has a strong foothold, this is when their real work begins.

They slowly but surely transfer your data from your network to their own secure storage. If your files are carefully encrypted, the attackers may not be able to access the information within them. But the attack will still leave your company without access to its data or systems, and result in operations drawing to a halt.

This is where the importance of having thorough backups of your data shines. If you have a Disaster Recovery plan in place to quickly and efficiently restore your data and systems, the threat of an APT attack can not only be minimised, but in some cases even eradicated altogether.

Once an Advanced Persistent Threat has taken place, whether it was successful or not, businesses often fall into a false sense of security. The worst has happened. The attack has taken place. It’s time to deal with the fallout from it. What they often forget is that APT attackers may still have access to their networks.

Before rebuilding your network and getting things back to normal, it’s important to run thorough checks to ensure that no unauthorised code, malware or backdoors are hidden in your systems.

Your business security starts with you!

Protect yourself and your teams with Advanced Threat Protection.
Stay Secure

Many SMEs don’t have experts on hand with the in-depth skills and knowledge to recognise or detect sophisticated intruders, and this is where turning to an IT company can be essential. Not only can they help to bring your networks back up and running more securely than ever after an Advanced Persistent Threat, but they will be able to thoroughly analyse your existing systems to ensure that no attackers are hiding in plain sight. Turn to the experts – contact Solid Systems today to keep your business secure. 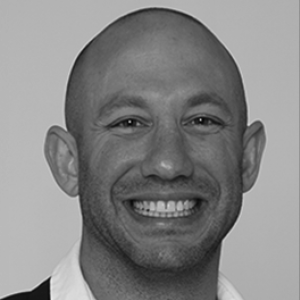 Co-Founder and CEO of Solid Systems | I am a father of two, and a mentor of many. My calm focus makes me a natural leader, both in and out the office, and I have a unique skill in nurturing leadership qualities in others as well. But most of all, I understand the true value of time and the ways that technology can optimise efficiency within a business and see humans making the most of the time available to them, both in terms of productivity, and in terms of personal growth.
PrevPrevious8 IT Services That Could Be Outsourced
Next7 Roles Behind a Holistic Data Management SystemNext
Share on facebook
Share on twitter
Share on whatsapp
Share on pinterest
Share on linkedin
Share on tumblr
Share on reddit
Share on email What is a Man-in-the-Middle Attack (MITM)? Didn't find what you were looking for?